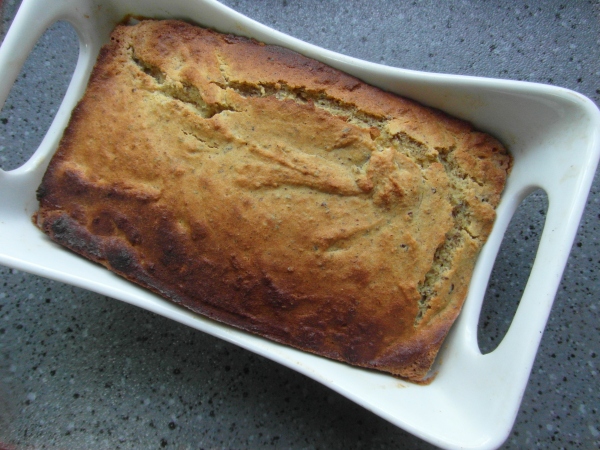 sorry, I couldn’t get a photo of it sliced – the inlaws devoured it too quickly

It’s a hard and fast rule of the universe that with jam, comes bread.

I had a pot of homemade raspberry cinnamon jam but no bread and no desire to break my grain-free diet.

What’s a Paleo girl to do?

In my case: dust off the bargain bag of coconut flour she bought aeons ago and get stuck in.

This recipe uses a lot of eggs, but that comes with the territory when you’re dealing with coconut flour. If you have a problem with eggs this isn’t the bread for you. I’d go looking for an almond flour substitute as usually nut flours don’t require as much eggy moisture.

For more tips on baking with coconut flour, I wrote a handy post a while ago that’s perennially popular…so it must be worth a read.

*from My Natural Family