served on a bed of salad to make a well-rounded meal!

So imagine my surprise when I came across this, and on a site called Celtnet no less.

It turns out Jamaica has its own version of the scotch egg. And it’s made with ‘bully beef’ ie corned beef. 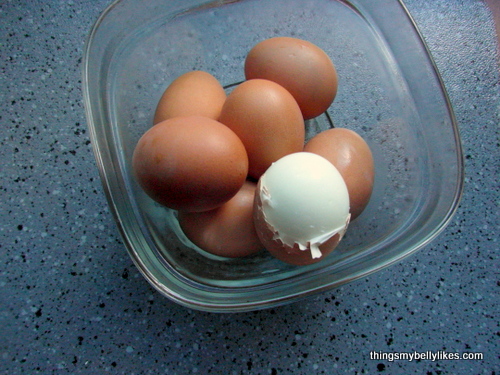 if you can, use organic eggs from free roaming chickens

Mine aren’t corned beef, mainly because I find that stuff more gruesome than that stupid Halloween peeled-grapes-as-eyeballs game.

But I kept the name for the recipe title because it makes me giggle. I’m childish like that.

I ate them with a dollop of tomato & chili jam. Deeelicious