dense, dark and spicy – basically all that a gingerbread should be

Have you heard the joke about gingers having no souls?

Yeah, hilarious (it’s hard to convey sarcasm over the internet but consider that drenched in it). 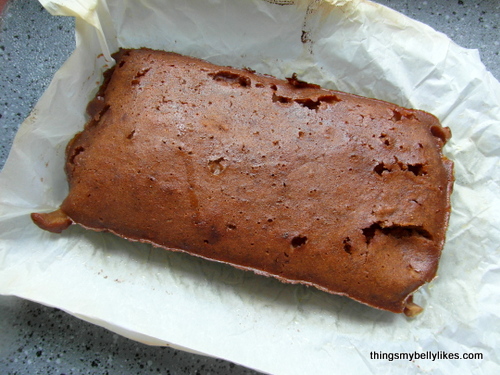 I’m a ginger (here’s the proof if you need it) and have a very low tolerance for these sorts of things.

In my view, it’s nothing short of a hate crime and the sign of a truly diseased society that it’s socially acceptable to persecute people for a hair colour.

I nearly called this loaf ‘Soulless Ginger Bread’ to poke fun at how ridiculous that meme is, but thought better of it when I tasted the thing.

This bread is rich, dark, treacly and spicy.

In short, it’s oozing with soul.

This post was also shared at Party Wave Wednesday